GM’s: Any Cockle Do and The Black Clap

After some convincing with a little bit of liquid libation lubrication, Any Cockle Do accepted to be GM with The Black Clap.  Clap didn’t need any motivation to take a second term as co-GM, and the rest is history!

Send your preferred date(s) and trail descriptions/directions with this link: Hare Raiser , or use the email address here: PghHareRaiser@gmail.com. 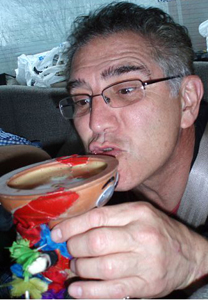 Other Moon facts:  He is the reigning Pgh-H3 studmuffin thanks to his big arms and fancy push-ups. Moon is the father of Half-Moon.  Moon is infatuated with the Mercury Capri automobile.  Moon enjoys projects around his house that are measured in years.  Moon likes to build things ranging from a dollhouse for his granddaughter to a one ton ‘mobile’ hot tub for the Pgh weekend.

Assotope, he’s our RA, if he can’t do it….what they hell did you say!  He’s got songs, songs, and more songs!

Four score and seven years ago (or something like that), Joey was an innocent lad who enjoyed bicycles, church outings and all thing Conservative.  A few of Joey’s bicycle friends were involved in this hashing thing.  These friends included Moon, DJ and Weekend Gyn.  They convinced Joey to try hashing.  Joey hashed.  Joey liked it.

Now Joey is WMD.  WMD has enjoyed stints as GM and Haberdasher.  He is currently the Hash Cash.  WMD strenuously denies that hash funds paid for his tux.

Smitten is there to provide you with fresh threads after shiggy trails.  Hit him up for the latest in hash fashion.

Dirty Gerbil is newest member of the Habby-H3 and is looking forward to commemorating the 40th analversary of PGH-H3 in 2020 with lotsa hab .

Beer Wench: Random unfortunate soul, it could be you!

Whiff began his Pittsburgh hashing career on Feb. 23, 1992, filed for divorce two weeks later and has never looked back. Many thank G that he’s devoted his genius to hash songs rather than evil. A three-term Religious Advisor, he retired after the embarrassing episode with the goat, the beer wench and a foaming beef probe. He created and adopted the dubious title of Hash Monsignor and milks it for all the questionable value it’s worth.

Folker started hashing in 1983, with the now-defunct Laurel Highlands Hash. His first Pittsburgh Hash was the 100th run in June, 1984.

His interest in folk music, folk dance, and general folking around was what earned him his hash name.

It’s a process, you know.  Keeping up with updates, features, patching, events….piss off, we’re busy!

If you see a silhouette in the far off distance there is a chance you have spotted the elusive Hashshquatch!  No one is sure of its motivation,  but fear not, a sighting likely means you are on true trail.  We aren’t sure if it can communicate with hashkind, but call of PEYURDOOS! it has been known to cause it to look your way.